Chance encounters with people who change our lives

Our Beloved Family:
I believe everything happens for a reason and that spirit puts the right people in our paths when we need them the most. Maybe we’re looking for a few words of encouragement or some more detailed advice about a bigger problem we’ve been struggling with that’s been weighing on our hearts. At the right time, the right people just seem to appear. When we look at life from a spiritual point of view, there is no such thing as a chance encounter, and everyone we meet has something to offer us in the way of learning more about ourselves or life if we’re willing to accept the gift. Recently, I had the pleasure of having one of those experiences on a business trip.

I was returning to the U.S. on Virgin America Airlines after doing some publicity interviews for my book, The Clarity Cleanse, when I noticed the passenger seated next to me seemed quite restless. He kept shifting in his seat and couldn’t seem to keep his attention fixed on anything. I had a copy of The Clarity Cleanse open because I was referencing a few things I’d mentioned in my interviews when he asked me, “Is that a good book?” I answered, “I should hope so, but then again I’m biased because I wrote it.”

Intrigued by my answer, the man asked me what the book was about. As I proceeded to tell him, I could see him become more grounded, as he was finally able to fix all of his scattered attention on what I was sharing. After my explanation the man said, “I can’t believe it. If there was any time I needed this information, it’s right now.” He went on to share with me how his life had been in a very dark place for several months. Apparently, the man had been having an affair with another woman in a different state, and the drama and guilt that had ensued finally became too much for him to bear. He said he loved his wife and children, as well as the other woman, and didn’t know what to do, so he was planning on ending his life once he got back home to California. 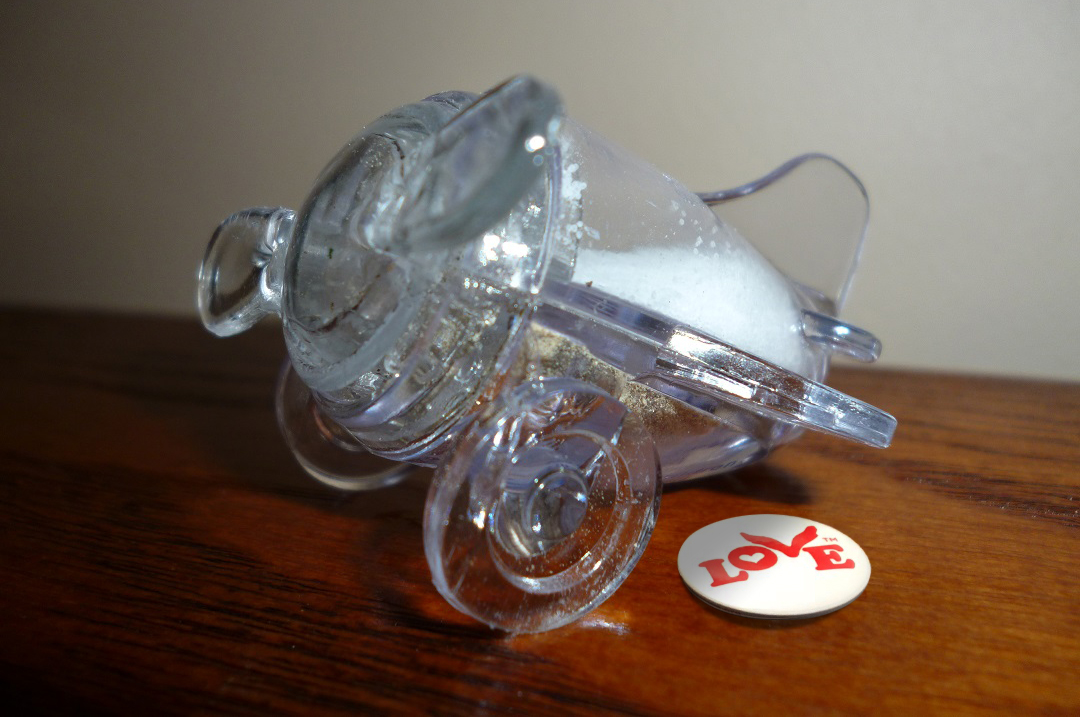 After the man told me about his planned suicide, I couldn’t help but share that The Clarity Cleanse was dedicated to my brother, Dr. Mehrdad Sadeghi, who ended his own life just two years earlier. I told him of the nine-month journey where I spent my life savings just to keep Mehrdad alive, as he rotated in and out of psychiatric hospitals, while he continued to resist every attempt to reach him on an emotional or spiritual level. After multiple medication changes and surgeries for his Parkinson’s disease, he called me and begged me to let him go. He said he’d lost everything including his health, marriage, children and career, and just wanted to make a conscious and controlled transition. It was the toughest conversation I’ve ever had, but I found the courage to tell my brother that I would respect whatever decision he made regarding his own life as a sovereign soul. Shortly thereafter, it was over.

That’s the rule of life, and the dark is just as important to our growth and development as the light. One can’t happen without the other because that’s what life is.

As dinner was served, I noticed it came with a tiny clear plastic airplane. Thinking it was a toy I picked it up and noticed that one side was filled with salt, while the other side was filled with pepper. I asked the man if he could consider that life was like that little airplane. Perhaps spirit wanted him to recognize that life isn’t happiness all the time. It’s a combination of light and dark experiences that when taken together, as they were combined in the airplane, help us fly and navigate through our lives. In that way and without judging ourselves as good or bad, we stay mobile and keep moving forward, but only when we take all our experiences together. That’s the rule of life, and the dark is just as important to our growth and development as the light. One can’t happen without the other because that’s what life is.

I told the man that his current struggle wasn’t some random mistake to ruin his life but an essential event required for his personal evolution, if he chose to see it that way, but he had to embrace the internal shadows as well as the light that made him who he was. It’s through working our process that we begin to transmute more of our darkness into light, but we can’t do that if we shy away from our shadows. I told him he could be an important example for his children if he chose the path of personal growth, but the decision was up to him, just as it was for my brother.

At that moment, the man broke down in tears. His sobbing increased until the flight attendant approached and asked him if everything was okay. Even the co-pilot came out of the cockpit to speak with the man.

Several weeks later, I received a letter from the man telling me that because of our conversation he’d chosen to not end his life and was determined to work things out. Enclosed in the small package was a donation check for the Love Button Global Movement and the tiny airplane salt-and-pepper shaker he’d kept as a reminder of when our lives crossed paths for a brief but crucial moment in time.

Meditation Minute with Robert Brault
Send this to a friend