The Toxic Leeching of Nutrients

How Toxins Provide a Helping Hand in Our Nutritional Deficiencies.

Not long ago, a patient of mine found himself in an urgent care center. He wanted a doctor to examine a bug bite near his ankle that had turned quite nasty looking over the course of several days. Luckily, the bite was nothing to worry about nor was there any infection.

What was concerning was the rather pointed and unsolicited speech he received from the tending physician about how vitamin and mineral supplements don’t work and why he thought they were a money-making scam. This came in response to the patient filling in a few supplements he’d been taking for other reasons under the current medications category on the intake form. Happily, the patient healed just fine without the unwanted advice and continues to take his supplements, which he feels are very effective, for preventative and longevity purposes. After hearing about his experience, I wanted to take this opportunity to provide you with yet another powerful example of how supplements not only support health, but can reverse disease.

Early in my medical education, my intention was to become a neuro-ophthalmologist. Unlike an optometrist, a neuro-ophthalmologist works with and performs surgery on all structures inside and behind the eye. While on sabbatical from Western University of Health Sciences, I applied for a research grant from Prevent Blindness America and gained the opportunity to work in the lab of one of the most respected pioneers in the field of ophthalmology, Dr. Stephen Ryan, at the Keck School of Medicine at the University of Southern California (USC). Together, Dr. Ryan and I would publish our work in the journal, Association of Research in Vision and Ophthalmology (ARVO). It was also through my association with Dr. Ryan that I would eventually be recruited by one of the luminaries in the field, former Chairman of the Doheny Eye Institute, Alfredo Sadun, MD, PhD. During my time with him, Dr. Sadun shared this amazing story with me, which he’d previously been invited to present at the California Institute of Technology.

“Living in a nutrient-deficient state leads to the creation of what I call the pre-critical terrain. It’s a biological landscape that has been so weakened by deficiencies that, although it doesn’t have cancer or some other chronic disease yet, it will only take some minor catalyst to create it.”

In the early 1990’s, Dr. Sadun had been recruited by the U.S. government to travel to Cuba to investigate an unexplained epidemic of blindness. Physicians from the World Health Organization (WHO) believed the mass affliction was caused by a virus. Because the Florida coast is only 90 miles from Cuba, the U.S. had a vested interest in finding a cure and preventing the pathogen from creating a problem at home. At the same time, Sadun’s visit was part foreign relations because the Cuban government was blaming the epidemic on the U.S., calling it a clandestine attack on their people. The reasoning for this accusation was the fact that the vast majority of people suffering blindness were concentrated on the western side of the island, the opposite location of where the U.S. military base at Guantanamo Bay was located on the far eastern shore. Near the base and for many miles around it no one had been affected, yet the closer one moved toward Havana, the number of cases steadily increased.

Upon examining those who were blinded, Dr. Sadun noticed that without exception, they were all severely deficient in vitamins B12, B6 and folic acid. A deficiency of this magnitude involving these specific vitamins would certainly lead to atrophy of the optic nerve and loss of sight. It didn’t take Dr. Sadun long to realize the epidemic wasn’t caused by a virus or a government-sponsored attack. Discovering the cause of the deficiency, one big enough to affect tens of thousands of people would require a bit more work.

At a briefing of WHO physicians in Havana, Dr. Sadun shared his findings, which were met with a dismissive and skeptical reception. The doctors insisted that the epidemic had to be caused by a virus because of how widespread it was and the fact that Dr. Sadun couldn’t provide a cause for the deficiencies.

While the meeting was still in progress, Dr. Sadun received a tap on the shoulder by an unidentified man who asked to see him privately. Stepping out of the room, Dr. Sadun followed the man who said nothing more but led him around the corner and into another room. There, sitting at a desk, watching the entire debriefing session from behind a one-way mirror was Fidel Castro. Dr. Sadun was invited to sit down as Castro explained that he understood Sadun’s deficiency theory and believed it was the true cause of the Cubans’ blindness. From that moment on, Dr. Sadun was ordered not to report back to the committee, but directly to Castro.

Soon, Dr. Sadun discovered that about a year prior to the outbreak of the epidemic, a new factory for Bootleg Rum began production on the western side of the island. Methanol or wood alcohol is an organic solvent that’s used in industrial products. Unfortunately, it’s also found in poorly adulterated alcoholic beverages from manufacturers in developing countries. One of the side effects of methanol exposure is the leeching of vitamins B12, B6 and folic acid from the body leading to blindness and even death. Needless to say, Dr. Sadun had solved this international mystery. After implementing a nutrition program supplemented with high doses of all the necessary vitamins, the affected people completely recovered their eyesight.

There are many toxins like methanol in our environment and even our food that have the same leeching effect on crucial nutrients our bodies need. Living in a nutrient-deficient state leads to the creation of what I call the pre-critical terrain. It’s a biological landscape that has been so weakened by deficiencies that, although it doesn’t have cancer or some other chronic disease yet, it will only take some minor catalyst to create it. This can easily be the emotional stress that comes from a divorce, loss of a job or some other unexpected life trauma. The physiological and chemical changes that come with stress can easily produce cancer in a body that’s been primed for disease because it has lost its buffering capacity due to nutritional deficiencies.

This is why maintaining a regular detoxification regimen is so important. Toxins leech nutrients, which diminishes our buffering capacity for disease. Sadly, most people are unaware of their deficiencies caused by toxins, and then disease just seems to arrive “out of the blue” one day. This is why I urge all my patients to establish at least a seasonal detoxification routine that works for them. We provide several options here at Be Hive of Healing, and you don’t have to wait until you’re feeling symptoms to take advantage of them. Detoxification is the most important kind of health prevention. It will help you maintain maximum buffering capacity to ward off disease and just maybe a doctor or two who thinks vitamins and minerals don’t heal.

Light & Love in the Month Ahead,
Dr. Sadeghi and Dr. Sami

Please continue reading to hear about some great ways to cleanse and detox your body. 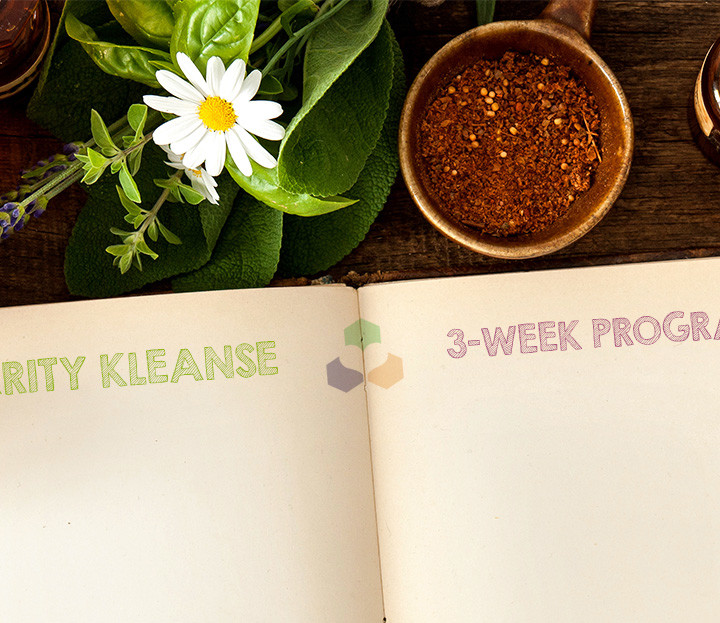 Healing Blanket: Healing with Heat at Home
Send this to a friend